Okay … now it’s time to just tell me “i told you so” … there’s no way you can write a blog post a day or say you will and actually do it. Is this I week I stick with it? Who knows. It’s full of all sorts of adventures, and probably not much sleep.

It’s Monday, to those people out in the world who don’t really keep track. Back to work, not enough time on the weekend to get everything done, you come home and instead of being productive you want to sit on the couch and watch Graceland or something equally entertaining that doesn’t require too many brain cells. I might have used them all up today.

Either way … it’s been a roller coaster. The past four or five weeks have been and if we really wanted to debate about it all the past 8 months. Cliff Notes version …

Today – almost done … I hope. And there are still too many ideas rolling around in my head that span an endless array. I just might have enough juice to keep going a few days in a row.

Or I’m just going back to the pool. 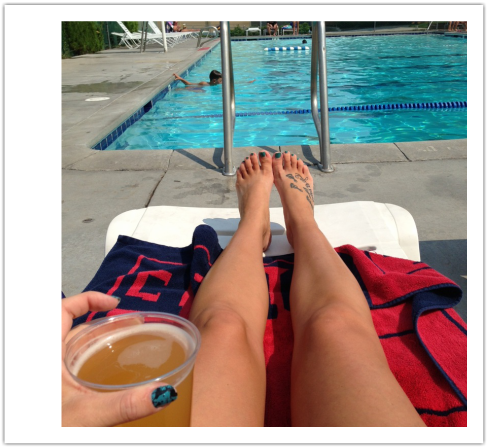 the last days of summer